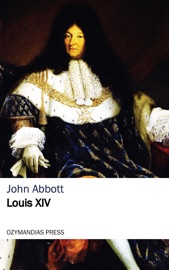 Then, instantly seizing another staff from the hands of an attendant, he waved it joyfully above his head, and shouted triumphantly, "Long live the king, Louis XV.!" A huzza burst from the lips of the assembled thousands almost loud enough to pierce the ear of the king, now palsied in death. There were few to mourn the departed monarch. As his remains were hurried to the vaults of St. Denis, those vaults which he had so much dreaded, the populace shouted execrations and pelted his coffin with mud. Not the slightest regard was paid to his will. The Duke of Orleans assumed the regency with absolute power. His reign was execrable, followed by the still more infamous reign of Louis XV. Then came the Revolution, as the sceptre of utterly despotic sway passed into the hands of the feeble Louis XVI. The storm, which had been gathering for ages, burst with fury which appalled the world. A more tremendous event has not occurred in the history of our race. The story has too often been told by those who were in sympathy with the kings and the nobles.
Top Reading Midnight at Malabar House Beach House Romance Nancy Silverton's Pastries from the La Brea Bakery The Devil's Hand Family Reunion From Blood and Ash People We Meet on Vacation 21st Birthday