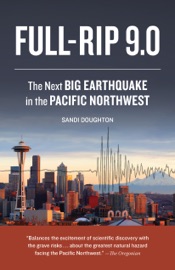 Scientists have identified Seattle, Portland, and Vancouver as the urban centers of what will be the biggest earthquake—the Really Big One—in the continental United States. A quake will happen--in fact it's actually overdue. The Cascadia subduction zone is 750 miles long, running along the Pacific coast from Northern California up to southern British Columbia. In this fascinating book, The Seattle Times science reporter Sandi Doughton introduces readers to the scientists who are dedicated to understanding the way the earth moves and describes what patterns can be identified and how prepared (or not) people are. With a 100% chance of a mega-quake hitting the Pacific Northwest, this fascinating book reports on the scientists who are trying to understand when, where, and just how big THE BIG ONE will be.
Top Reading Eat The Plot 21st Birthday Black Knight The Shadow and Bone Trilogy Ruin and Rising Big History Freed